You are here: Home / Mold / Mould contamination in schools and health effects on children
0 Flares 0 Flares ×

Mould contamination is now recognized as a major factor in the indoor air quality of schools. Children are at high risk of health problems that result from mould exposure. Kids rarely stop to wash their hands. Obviously, they will be the victims of mould and other microbial contamination. Schools are responsible to provide special accommodations to children who are sensitive to indoor air pollutants. Parents and personnel should know the health effects of moulds on children’s health. Health Canada recommends removing any mould found growing indoors and fixing the underlying moisture problems.

In February 2012, CBC reported a story, about a Western Quebec teacher, who got sick by working in a mouldy school portable .Thereafter authorities conducted air quality tests at school and confirmed toxic levels of mould contamination. Same year in December, CBC reported another incident from Nelson elementary school, BC. According to this report, parents complained that, their children were getting sick from black moulds at school. Then school district sealed the affected area, conducted remediation and ensured the air quality. In 2013, a girl was suffered from asthma attack in Bahamas and her mother said the attack was triggered by moulds and poor conditions in the school buildings. From all these findings, what we expect from parents is that, they should be proactive and if your kid experiences continuous allergic symptoms like sneezing, running nose and coughing, please don’t hesitate to express your concerns at school. Carry out an inquiry among other kids to find out whether they are also facing the same situation or not.

An expert medical panel was organised by The Ontario Ministry of Health in 1999, and they reviewed the evidence linking mould contamination in buildings and adverse health effects. Expert panel confirms the link between mould contamination and adverse health effects. They provided special guidelines for inspection and surveillance of mould prone school buildings.

Moulds can be find almost anywhere, both in indoors and outdoors. Damp school buildings support the growth of indoor moulds. Many schools have plumbing problems,leaky roofs or poor ventilation systems and the resulted moisture problems favours mould growth. Delay in fixing the problems makes mould growth worse.People have different sensitivities to mould. Some could have extreme illness, while others might have or even no symptoms at all.

Common symptoms are sneezing, sore throat, cough, runny nose, irritated eyes or skin, new or worsening asthma, headaches and fatigue. But in some people, the symptoms are more serious like vomiting, nausea, nose bleeds, dizziness, memory loss, diarrhea or constipation and changes in the behavior. Some are allergic to the chemicals produced by the moulds or to the chemicals that is used to kill the moulds. Moulds could cause severe infections in people whose immune system is compromised by disease or drugs. Allergic people may develop chronic inflammations and this can lead to secondary bacterial infections. Recent studies have shown that, high levels of asthma attacks are triggered by moulds in schools.

Ongoing inspection and monitoring plays an important role in fixing the mould problems. Walk through the school and your house, to check any mould growth or water damage, if necessary, consult your doctor. Communicate your concerns with the school authorities. If school does not take necessary actions, talk to other parents or personnel. Write a letter to Board of Education. It is your school’s responsibility to provide a healthy environment. After getting an approval from your doctor that the moulds or other indoor hazards are affecting your child’s health, asks for other accommodations designed by the laws.

Moulds can cause serious health problems, but it is impossible to eliminate all the moulds in the indoor environment. By proactive steps we can control mould growth. School personnel and parents should respond promptly to water leakage and other unusual illnesses in the classrooms

Take a 3 minutes Quiz and find out how much you know about mold. To start the Quiz please provide your name and email address and then click “Next” below.

By the way, we have an online mold course at https://www.mytrainingcourses.ca

Quite often home buyers are confronted by the fact that the home they wanted to buy was said to have mold. Is it okay to buy a house with mold in it? … END_OF_DOCUMENT_TOKEN_TO_BE_REPLACED 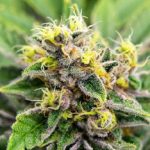 Cannabis (popularly known as marijuana or weed) is now legal in Canada for both medical and recreational use. In the United States, it has been … END_OF_DOCUMENT_TOKEN_TO_BE_REPLACED 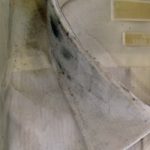 One of the most common indicators of possible mold growth on clothes and fabrics is its smell. If you have a mold problem on clothes, they may have … END_OF_DOCUMENT_TOKEN_TO_BE_REPLACED