You are here: Home / Bacteria / Some Bacteria Are Good For You- Find out Which Ones

There are a lot of general misconceptions about bacteria in our society. A lot of people have developed a “yuck” factor when they think of bacteria. Yes it is true, that there are many of them out there that can cause disease or make you sick. But, there are also some out there that help us fight disease and are actually really good for us. Examples of good ones belong to the Lactic acid group such as Bifidobacteria.

Bifidobacteria are Gram negative (i.e., they stain pink instead of purple), non-motile organisms that are considered probiotics that you can find in yogurt. Bifidobacteria help break down foods, help the body take in nutrients, and prevent the take-over of harmful bacteria.

Unfortunately, treatment with antibiotics not only kills off harmful bacteria in the GI tract and urinary tract, but it also kills off the good ones like Bifidobacteria. Thus it is important when taking antibiotics to take probiotics that contain good bacteria that can replace all the killed off bacteria.

When Bifidobacteria is taken with other good ones such as Lactobacillus acidophilus, Lactobacillus bulgaricus, or Streptococcus thermophiles, it can prevent traveler’s diarrhea, irritable bowel syndrome, reduce side effects of treatment for ulcer-causing bacterium Helicobacter pylori, prevent yeast infections, lactose intolerance, Lyme disease, and cancer, to name a few.

Another group, the Rhizobia is very useful in agriculture. Rhizobia are Gram-negative, motile, non-sporulating, soil bacteria capable of fixing nitrogen inside root nodules of legumes. Rhizobia require a plant host; they cannot independently fix nitrogen. They are used as biofertilizers for leguminous cropssuch as clover, alfalfa, beans, and soy.

The first species of rhizobia, Rhizobium leguminosarum, was identified in 1889. Other species capable of fixing nitrogen were all initially placed in the genus Rhizobium but were later reclassiffied as more information about them became available.

So next time you think of bacteria, remember there are some of them out there that are here to help. 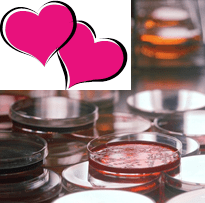 « What You Need to Know About Mold Allergies
Legionnaires’ disease kills 11 in Quebec, 3 in Chicago »