You are here: Home / Mold / How to Prevent Mold Growth on Cannabis (aka Marijuana) 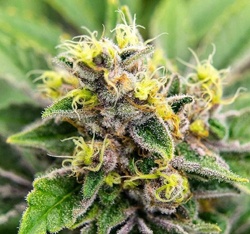 Cannabis (popularly known as marijuana or weed) is now legal in Canada for both medical and recreational use. In the United States, it has been approved for medicinal use in 33 states and in 11 states for recreational use for adults aged 21 and over.

Moldy Cannabis is a serious problem facing both producers and consumers. In 2019 there were many reports of legal Cannabis being recalled both in Canada and the United States due to mold contamination. Mold growth on Cannabis can prevented.

As a Cannabis grower recognising the signs of a potential mold infestation, and how to prevent it is very important. The most common molds that attack Cannabis plants during cultivation are Botrytis (bud rot) and powdery mildew. While powdery mildew is not a post-harvest problem Botrytis can be a problem in the field and also on harvested dry leaves.

As the saying goes, prevention is better than cure. By focusing on sound agronomical practices, Cannabis growers can significantly minimize the risk of mold growth on their crops. The potential for Cannabis infection by airborne mold and pathogen spores can be monitored by collecting air samples for analysis.

« How to test for mold on clothes
Scared of buying a moldy house? Here is what you should know »

Molds are commonly found in buildings and homes. They grow in damp or wet places such as around leaks in roofs, windows, or pipes, or where there has … END_OF_DOCUMENT_TOKEN_TO_BE_REPLACED

Fungi are present in virtually all environments and affect us in many ways. Spores of many fungal species have been documented as important causes of … END_OF_DOCUMENT_TOKEN_TO_BE_REPLACED 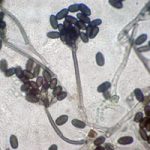 The black mold, Stachybotrys, is a well known producer of toxic byproducts (mycotoxins). The species most common in building environment are … END_OF_DOCUMENT_TOKEN_TO_BE_REPLACED